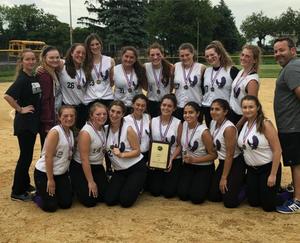 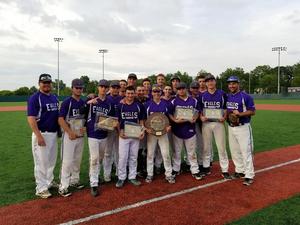 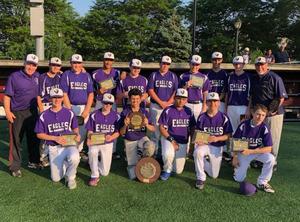 Congratulations to the JV Baseball, Varsity Baseball and Varsity Softball on capturing their respective City Championships!
After losing in the City Championship Game for the past three seasons, the Varsity Softball team defeated St. Catharine Academy 14-3 on June 6th to capture the CHSAA A City Championship. The game was tied 3-3 heading into the 3rd inning when the Eagles broke open the game with an 8 run inning. Michelle Loforte '19 got the momentum going with a 3 run RBI. The Eagle added another 3 runs in the 4th inning to seal the game.
Congratulations to the Varsity Baseball team on winning the CHSAA A City Championship on June 2nd, their first since 1999. The Eagles were trailing Msgr. Scanlan 6-3 heading into the bottom of the 7th inning. With the bases loaded, the Eagles were able to score 4 off of two walks, a hit batter, and a shot by Richie Simon '18. Justin Cammareri '19 took ball four to drive in the winning run and claim the CHSAA ‘A’ Championship 7-6 over Msgr. Scanlan.
The JV Baseball Team defeated Msgr. Scanlan on May 29th to win the CHSAA A City Championship. The winning run was brought in by a single by Sophomore Joe Vitella to take down Msgr. Scanlan 4-3. This is the first baseball championship for St. Edmund Prep since 1998.
Published June 13, 2018 Print