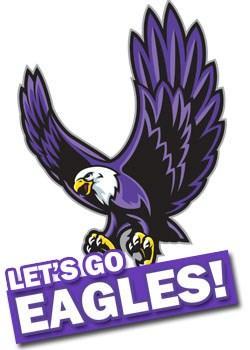 The Spring 2018 season has been the most successful athletic campaign for St. Edmund Prep in more than two decades!
It began with the Step Team winning the Thomas Jefferson Orange Wave Competition for the second year in a row. The Junior Varsity Softball capped off an undefeated regular season with an exciting win in the CHSAA Brooklyn-Queens A-Division Championship Game. The Junior Varsity Baseball team also enjoyed an undefeated campaign culminating in a CHSAA New York City Championship. Not to be outdone, the Varsity Baseball team followed up winning the CHSAA Brooklyn-Queens A-Division Championship game knocking off Msgr. Scanlan 7-6 at Jack Kaiser Stadium on the campus of St. John’s University. The Varsity Softball team followed up by bringing home another championship when they knocked off St. Catherine’s Academy on Wednesday June 6th. That championship took place on Crusader Field on the campus of Msgr. Scanlan High School.

The annual Spring Sports Awards Dinner was held on May 31st at Buckley’s Restaurant, giving the St. Edmund Prep family a chance to recognize the individual and collective accomplishments of our student-athletes. At this dinner, the major Athletic Department Awards were presented. The Varsity Softball Team earned the Athletic Director’s Cup for Academic Excellence for having the highest cumulative team GPA (97.1) during the Spring season. Baseball player Louis Lombardi ’18 was given the Lou Esposito Memorial Award in recognition of his leadership and determination on the diamond. Four-sport standout Anastasia Fesenko ’18, who excelled as a member of the Volleyball, Tennis, Basketball, and Lacrosse teams was selected as the Female Athlete of the Year. Jordan Mazzaro ’18, an All-League performer in Hockey and the school’s top golfer, was chosen as the Male Athlete of the Year. The Peggy Boyle ’73 Memorial Spirit Award was presented to Josephine Romano ’18, who demonstrated an understated yet powerful presence as a member of the Soccer, Softball, and Basketball Programs. Robert Miglino ’18, an All-Star Baseball player was voted as the recipient of the Donny Duval Memorial Spirit Award based on his character and enthusiasm.

Three Eagles Soar into Mayor’s Cup of Lacrosse and Golf

For the first time in the three-year history of the Girls Lacrosse program, St. Edmund Prep was represented at the Mayor’s Cup All-Star Game. Seniors Anastasia Fesenko and Alyssa Forrest were selected to play in the June 3rd game which pitted the best of the CHSAA against the top PSAL players. The game was played at Columbia University’s Baker Field. Jordan Mazzaro represented The Prep on the links at the Mayor’s Cup Golf Tournament at LaTourette Golf Course in Staten Island. Louis Lombardi was selected to represent the CHSAA in the Baseball All Star Game on June 13th.
Published June 22, 2018 Print