Richard Arkwright is a wealth advisor with William Blair’s Private Wealth Management group. Richard partners with Jill Arkwright Harvey and Linda Sutkin as the Sutkin Arkwright Harvey Group. The team, which led William Blair’s Private Wealth Management expansion into New York City, has deep cross-generational experience in wide-ranging areas of finance and is dedicated to excellence in the customized investment strategies it provides to individuals, families, not-for-profits, foundations, and endowments.
Richard and his team combine decades of investment experience with William Blair’s acclaimed equity research and vast financial planning resources to deliver a superior customer experience with proven results. With communication as the foundation of the team’s process, its priority is to truly understand its clients needs’ and risk tolerance, a critical step in helping clients achieve their unique goals within their total financial picture.
Richard has an extensive background in finance, banking, and investments. He joined William Blair from Fieldpoint Private Advisors, where he served as president. Previously, he was president and CEO of Analytic Asset Management, Inc. Before that, he was executive vice president and a director of Gray, Seifert and Co.
Richard is president of St. Giles Foundation. He serves on the board of trustees of Society of St. Vincent de Paul of Brooklyn and Faith Home Foundation. He is the former chairman of Atlantic Liberty Savings Bank, the former chairman of Catholic Health Services of Long lsland, the former vice chairman and trustee of Helen Keller Services for the Blind, the former president of the Brooklyn Society for the Prevention of Cruelty to Children, and a former trustee of the Gregorian University Foundation. He is a member of the American Association of the Sovereign Military Order of Malta and a member of the Knights of the Holy Sepulchre. He has been the recipient of multiple religious and civic awards, including the Pro Ecclesia Et Pontifice by Pope John Paul II in 1993.
Richard is a graduate of St. Francis College and received an honorary Master of Laws degree from Cumberland University in 1997. 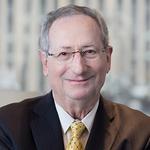